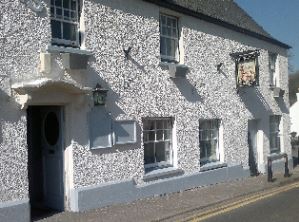 The historic walled border town and ancient port of Chepstow is two hours from London, via the M48 and the spectacular and graceful Old Severn Bridge, and just over half an hour from Cardiff and Bristol and commands the entrance to the Lower Wye Valley in an Area of Outstanding Natural Beauty.

The Three Tuns Inn is located in the old part of Chepstow just in front of the Castle and the lower end of Bridge Street, with its elegant row of early 19th century houses, the street descends to the River Wye which is crossed by the beautiful cast Iron bridge dating back to 1816. 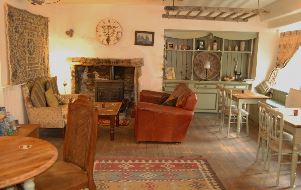 The Three Tuns dates back to the early 1600's and has been a public house for a large majority of its time The description of the pub in a sale publication in 1899 is as follows:

The Three Tuns was 'entered by a broad stone-flagged passage' and contained 'Living Room, Large Bar, Back Kitchen and loft over also spacious Cellar'. On the first floor were three bedrooms and the pub adjoined a cottage, stabling a trap house and a yard ith 'a gate opening on the the Castle Entrance'. 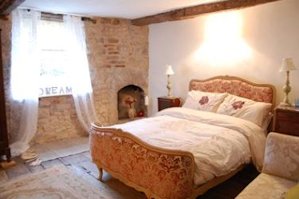 A tun is a large cask for wines and other liquids with a capacity of two pipes or four hogsheads or 282 old wine gallons.

We have three guest rooms, all are ensuite. The rooms have just been refurbished to a high standard.